Being a student in Oxford is an unforgettable experience.

There is just so much to do no matter what your interests are. Below are a few ideas of what you can do in Oxford.

Oxford is a vibrant city with many forms of entertainment. If you fancy live music some of the key venues are the O2 Academy and the Bullingdon Arms on the Cowley Road and the Jericho Tavern. The Truck Store is the place to go for great vinyl and tickets to all the best gigs. For the more classically inspired there is the University of Oxford Sheldonian Theatre and Holywell Music Room. However, you may prefer to see a play, ballet, comedy or even pantomime instead so you can choose from the New Theatre, Oxford Playhouse, Pegasus Theatre, Creation Theatre Company or the Old Fire Station. Throughout the year there are a number of festivals to suit the city’s cosmopolitan atmosphere, such as the Cowley Road Carnival, the Christmas Lights Festival, the Dancin’ Oxford Festival, Oxford Pride, the Sunday Times Oxford Literary Festival and the Contemporary Music Festival. For the competitive there is the Bowlplex and Sim Racing. There are plenty of cinemas – two Odeon cinemas, a Vue cinema, the Curzon in the Westgate, the Oxford Phoenix Picturehouse in Jericho and the Ultimate Picture Palace on the Cowley Road.

A major event in Oxford is the famous May Morning celebration at dawn on May Day. Our students always go and always make it to college the next morning – very impressive. The event is well known for the Magdalen College Choir singing from the top of Magdalen Tower. Large crowds gather along the nearby bridge to listen. It is must see if you are studying in Oxford.

As Oxford is a university city there are no shortages of bars, pubs and clubs. There are 15 nightclubs and over 120 pubs and bars. Why not visit one of the oldest pubs in Oxford, The Bear, or try to find the Turf Tavern which is well hidden but popular with the locals? Monday night at The Bridge nightclub is a must and our students always host the graduation party on the rooftop of The Varsity Club. However, if you fancy going further afield the Oxford Tube bus travels to London 24/7.

There is also the Oxford Brookes University Students’ Union. Their Club Nights are open to anyone, but if you want to avoid the huge queues find a friend at Brookes to sign you in.

The Covered Market (established in 1774) is a hidden gem located in the centre of the city and is home to small independent shops ranging from butchers to Italian delis, fishmonger to Asian street food, to cake and cookie shops. They also have little boutiques, gift shops and cafés.

Nearer to the College is the Westgate a large shopping centre with shops, cafés, rooftop restaurants, Curzon cinema, performance zone, and yet more bars. This is the closest large Sainsbury’s. The shops include Urban Outfitters, Lush, Accesorize, Dr Martens, Uniqlo, Victoria’s Secret, H&M, Zara, Jo Malone, Oasis, John Lewis and more. There are plenty of other shops in Queen Street, High Street and Cornmarket Street or you could take the train to Bicester Village with over 130 designer outlet stores. The Cowley Road is great for vintage, charity and second hand shops. This is the best place for shops and cafés selling food from around the world.

George Street is the place to go for all the chain restaurants such as Cho Zen Noodle, Bella Italia, Wagamamas, Nandos, O’Neills and Cote Brasserie. Afternoon tea options include Café Loco (very popular with our students), the Randolph Hotel or The Grand Café. There are plenty of places to explore at the Castle Quarter. For the most delicious hand made ice cream in the city you must go to George & Delila, George & Danvers or George & Davis. There are plenty of small independent cafés and delis near our student houses – if you start exploring you can find many more!

Where to start other than with the mention of punting; something which is synonymous with Oxford!? You can rent punts throughout the summer at the bridge beneath Magdalen tower or the Cherwell Boathouse – they have crew on hand if you want them to punt for you. From the punt you can see the beautiful Christ Church Meadow which is a particular lunch hot spot for OMBS students on sunny days.

Right next to college is a Pure Gym and students use Christ Church Meadow as a running track or go to the Oxford ice rink. If you choose our student houses in Grandpont you will enjoy the Hinksey heated outdoor pool  while near to our houses in Jericho there is Port Meadow, 440 acres of grazing land, for walks and picnics. You could join sports clubs in the city including tennis, rugby, rowing or hockey club as well as play netball at the Oxford Netball Centre.

If you are looking for a cultural experience then you have found the right place.

You can also find a series of art galleries such as Modern Art Oxford, Christ Church Picture Gallery, the Turill Sculpture Garden or the O3 Gallery.

If you prefer architecture instead definitely visit the Radcliffe Camera and the Bodleian Library as well as the 13th century Carfax Tower, Sir Christopher Wren’s Sheldonian Theatre and if you can find it, the ‘imitation’ of the Venetian Bridge of Sighs. You can also take a tour of all the University Colleges and visit the Oxford Castle Unlocked complex.

When joining OMBS as a new student or ‘fresher’ you are eligible to join one of Oxford’s most interesting and oldest Unions: The Oxford Union. Founded in 1823, The Oxford Union has been a central location for students to meet in the city and acts as a social focus within the college system.

The Oxford Union has over 10,000 members and is world renowned as the world’s most foremost debating society, bringing international guests and speakers to Oxford. The Union is also famous for the balls that it holds throughout the year, and best of all, at a much cheaper price than any individual university ball. 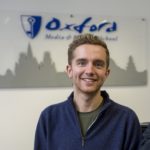 Living in Oxford is fantastic. It’s the perfect stepping stone to take if you’re not used to living and working in a city and aspire to work in London one day. 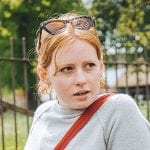 "I have found the student life here in Oxford amazing. There are plenty of things to do, amazing rooftop bars and punting in the summer, if you don’t want to relax in your garden with a bottle of Rose!" 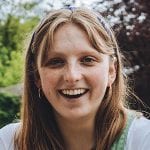 "Living in Oxford has been the best part about OMBS. It is incredible to be surrounded by beautiful buildings, great restaurants and pubs."

We asked some of our past and current students what they think about living in Oxford and the university lifestyle. Caring & Supportive "After just a couple of months at OMBS I have already had huge...

Living and studying in Oxford for a year is a unique experience. It is the perfect stepping stone between school and work, or after a gap year. University graduates from other cities love the opportunity to...